Skip to content
By raha kidsJanuary 17, 2020Leave a Comment on Help Rescued Street Kids In Kenya Build A New Home 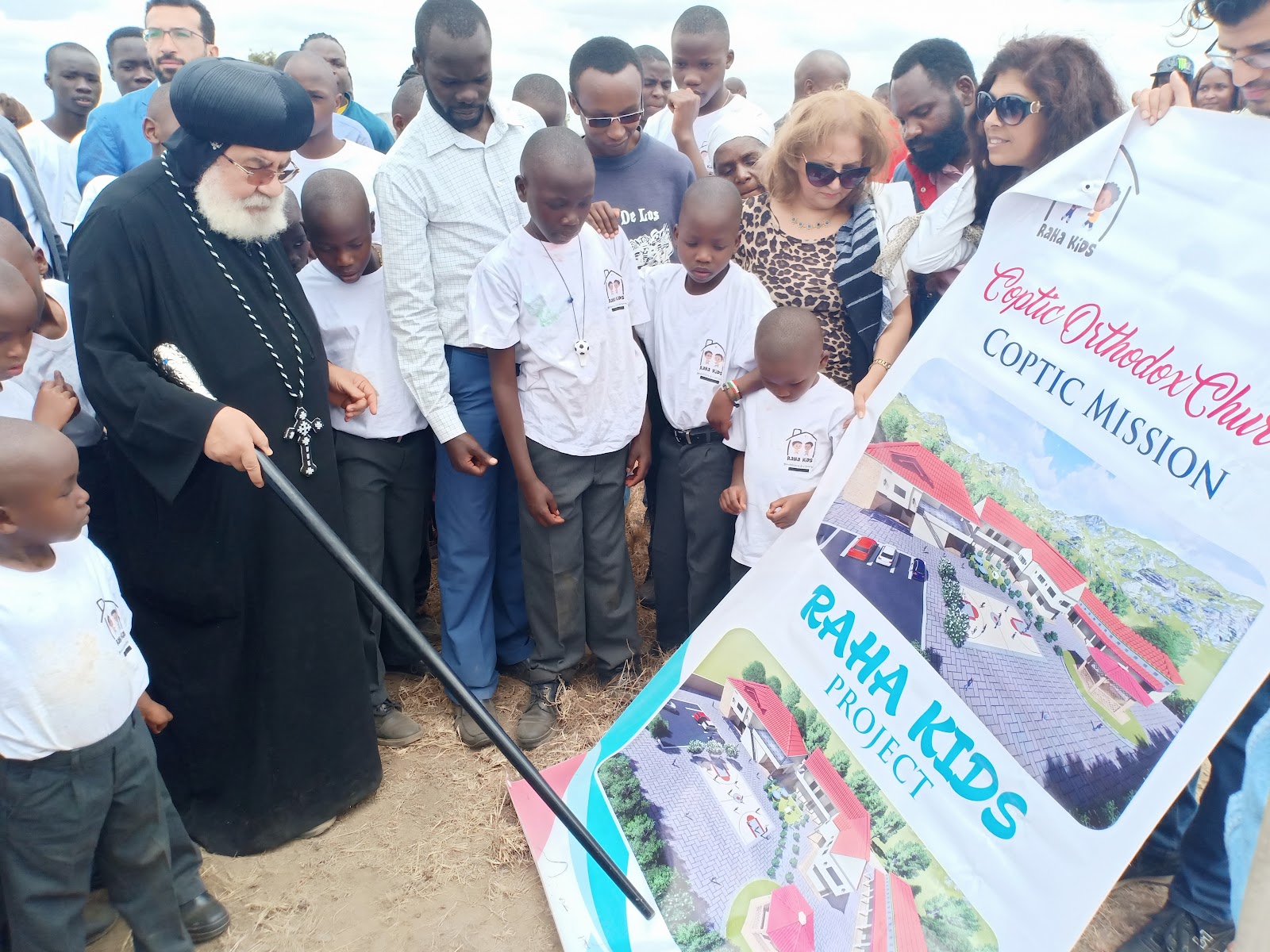 Raha Kids, the home of rescued street children in Nairobi, part of the Coptic Mission, needs your help to build a new school, and to expand upon the great work it has been doing for the last 10 years. Having established an excellent reputation in the community, children aged 3 to 17 are being referred to Raha every day in desperate need of love, care and rehabilitation. We have already purchased the land – a peaceful place filled with natural beauty that will aid the boys’ recovery from the unimaginable hardships they experience living on the streets – but we need your help to start building. We’re dreaming big on behalf of our boys, who have been denied all the things we take for granted in life. Our hope is to build a new, modern school with multiple labs to give the boys the best chance of catching up with the education they have missed out on. For those unable to meet the national standards (often due to never having been in education), we plan to build a world-class vocational training centre offering courses in carpentry, plumbing, catering, IT, mechanics and entrepreneurship. The boys will also live on the new grounds – in a bright, clean, welcoming house that feels like the home they never had. We’re also planning a multi-purpose playground to host a range of sports and healing, extra-curricular activities, and an on-site chapel to nourish the boys’ spiritual growth, which we take as seriously as their education and physical wellbeing.

You can find details of how to support the build at the bottom of this article. Please read on to learn more about how God has been transforming these boys’ lives through his team of dedicated staff at Raha Kids.

These boys – as young as three years old – were all found living on the streets, the precious sons of parents who have rejected and neglected them for one reason or another: poverty, alcoholism, drug addiction. Some of the boys arrive at Raha having been physically and sexually abused. One little boy who, after a year at Raha, has the biggest smile, was tied up for hours by his mother and beaten. Many of the boys – as young as eight – are themselves addicted to sniffing glue and smoking marajuana when they arrive at Raha. They use the money they get from begging on the streets to buy the drugs – a coping mechanism for the rejection and loss they feel. Labelled by their parents as “bad children”, the boys have very low esteem. 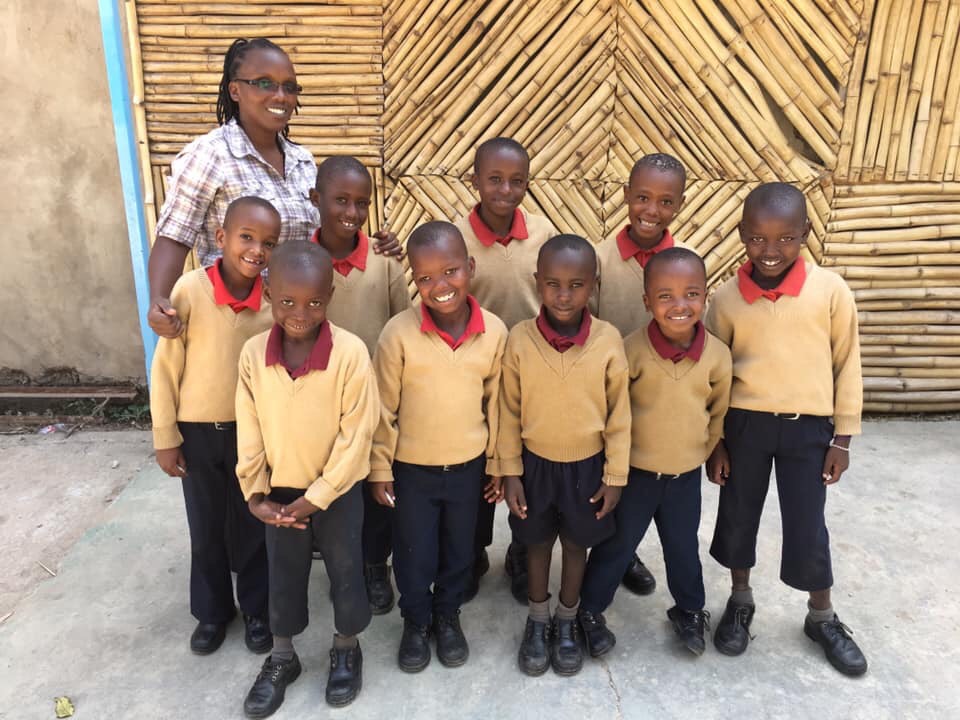 Rescue – From the streets, getting to know who these boys are and why they are living on the streets. Who are their parents and what are their circumstances?

Re-socialisation – Trying to recover the lost lives of the children. When they’re in the streets, they miss out on the basic things that other kids are taught: how to share, how to play, how to say thank you.

Rehabilitation – Behaviour modification. Some of the boys are violent when they arrive, some are addicted to drugs, some are confused about love having been beaten or sexually abused. Raha Kids has several social workers and an on-site child psychologist.

Reintegration – To try, if it is safe, to reintegrate the children back with their families after 2-3 years. If the familial issue was financial, Raha Kids employs an empowerment programme for the parents to help them learn skills and become financially stable. If the parents are addicts, Raha Kids tries to get them into rehab. After a few years working with the parents (or sometimes the grandparents if the parents are not fit), if the situation is considered psychologically and financially stable, and we feel sure they can care for their child, then we reintegrate. If not, then Raha Kids becomes their forever home.

What Raha Kids does for these boys…

Our team of teachers, ‘Mamas’ (who cook, clean and clothe the children), social workers and a child psychologist work tirelessly to restore the physical, emotional and spiritual health of these boys.

As soon as they arrive at Raha Kids, the boys are baptised in the Coptic Orthodox Church and attend mass twice a week, with some boys serving as deacons. “We help them to see they are not alone, they have a home and a loving heavenly Father”, says John, who manages the school.

“We make sure they feel loved, and like they belong somewhere”, says Teacher Francis, who teaches Maths, Social Studies, and looks after the boys at night as a House Parent, making sure they are clean and well rested. Francis also ensures that any of the boys who wet the bed (which can be a result of early trauma) are given their own rooms, so they are not picked on by the others. “They take care of each other”, he continues, “they are all like brothers.”

Education – tailored to each child’s needs

At Raha’s current school, the boys study Mathematics, Science, Swahili (the main language spoken in Kenya) English, Social Studies (including Kenyan History) and Christian Religious Education. In the afternoons, the boys sit and do their homework with their teachers, who provide one to one assistance, helping them go through anything they didn’t understand in class.

Some of the boys have never been to school, they were born on the streets, so the teachers create a personalised plan for each boy to advance him as quickly and appropriately as possible. When 16 year old Emmanual came to Raha Kids, he went into class 4 (intended for much younger kids). “He was so violent when he arrived”, says Madam Alice, “but in one year, he jumped from Class 4 to 7, and now he’s first in his class, and he’s a very good boy, he looks after all his little brothers, he has become a responsible young man and a role model.”

Raha Kids follows the national Kenyan education system, which dictates that at Grade 8, students take a national exam which qualifies them for high school. Currently, Raha Kids have six boys who qualified for high school and are currently being supported through this next stage by the Coptic Mission. Two boys who have shown an interest in medicine are currently doing work experience at the Coptic Hospital, and should they meet the grades necessary for Medical School, Bishop Paul has committed to supporting them through this journey.

For the boys who don’t qualify for high school, Raha Kids works with various organisations to provide vocational training. The new centre will mean the boys can stay on at Raha and learn these skills in their familiar, stable home. Our boys have gone on to become chefs, drivers, mechanics, and one now runs a small hotel and restaurant.

Extra Curricular – giving them the childhood they never had

Outside of class, the boys play basketball and football. They go on day trips to a public swimming pool nearby. There is a Scouts club. They have their own small vegetable patch, which we want to expand upon in the new school. The Acrobatics team won an award at the Nairobi International Trade Fair in 2017. The boys sing regularly, play music, learn French and draw. There is also a Debate Club, where decisions about the school are made democratically.

Psychological Care – learning how to give and receive love

Raha Kids are lucky to have Miriam , a child psychologist, who works with them every week. “For the little kids, I teach them basic things – how to share, how to say ‘thank you’, the small things we take for granted but they never had anyone to teach them”, she says. Mariam observes the children while playing with them, so she can see if something is not right. “The younger children, who find it hard to articulate, are sometimes better able to draw their feelings. If I ask them ‘how many people hurt you at home?’ they might draw three people”, Mariam says. For the older kids, Mariam works on building trust and helping to moderate their behaviour over time. “In time, you show them that they can trust you, and that you trust them back. For me, this is a great achievement.”

For the kids addicted to drugs, Mariam has to get creative. “When James arrived, he still had cravings, so what I did at first was provide alternatives, I would give him sweets and we would sit and talk and draw”, she says, “he doesn’t want drugs, but he feels something is lacking inside of him.”

If the boys’ addictions are severe when they arrive, Raha Kids works with partner organisations to provide more intensive care.

All boys are given a medical when they arrive and an ongoing care plan, if needed. HIV can be a big problem for street kids. The Coptic Mission have a programme called the Hope Centre, where the boys are given any medication they need. They also have their own social workers there.

“We teach them that cleanliness is next to godliness”, says Madam Eve. “The boys have hot showers every day, we ensure they brush their teeth every day and understand the importance of washing their hands, keeping clean and well presented.”

The Mamas cook three, hearty and healthy meals a day for the boys. Some boys have ulcers so there is a special diet plan for them.

“Then little children were brought to Him that He might put His hands on them and pray, but the disciples rebuked them. But Jesus said,

“Let the little children come to Me,and do not forbid them;
for of such is the kingdom of heaven.”‘
Matthew 19:13-14